GRANLUND manufactures a series of automatic coiling machines, type KOC, which have proved to meet the highest demands from the manufacturers of resistance coils for heating elements. The machines enable the manufacture of uniform and reproducable coils, whereby a uniform temperature can be obtained along the entire element.

The principle for all GRANLUND coiling machines is that the wire is coiled around a rotating mandrel. In order to get sufficient friction on the mandrel and improve the coiling, one or two external winding rolls are applied. This technique is well developed and has proven to be the most cost effective when coiling resistance alloys.

The machine comprises the following:
– Machine stand in aluminium
– New transmission design
– Coil tray
– Two DC motors with variable speed, one for the mandrel and one for the winding rolls
– Computer for calculating and programming
– Tandem device (option, KOC-TT)
– Multi-pitch winding (option, KOC-TP)

GRANLUND KOC-T can be equipped for the possibility to wind coils with a secondary pitch, and is then called KOC-TP (”P” for programmable pitch). With this machine, it is possible to make a coil which is close-wound in some parts, and pitch-wound in others. The length of each of the pitch- or close-wound parts can easily be programmed on the computer.

On KOC-T, the winding rolls is driven by a separate motor, improving the control over the speed of the rolls. The speed ratio between the mandrel and the rolls is set by a potentiometer to a value depending on the wire and mandrel diameters.

The programming of number of coils to be produced, required resistance etc, is made through a micro computer. The set resistance value is converted to a required length by the computer. Resistance adjustments can be made during production. The cutting is made by a stepping motor instead of a magnet (as in KOC-VE ), which makes it more silent.

The brake is of the powder type, resulting in a constant brake force. 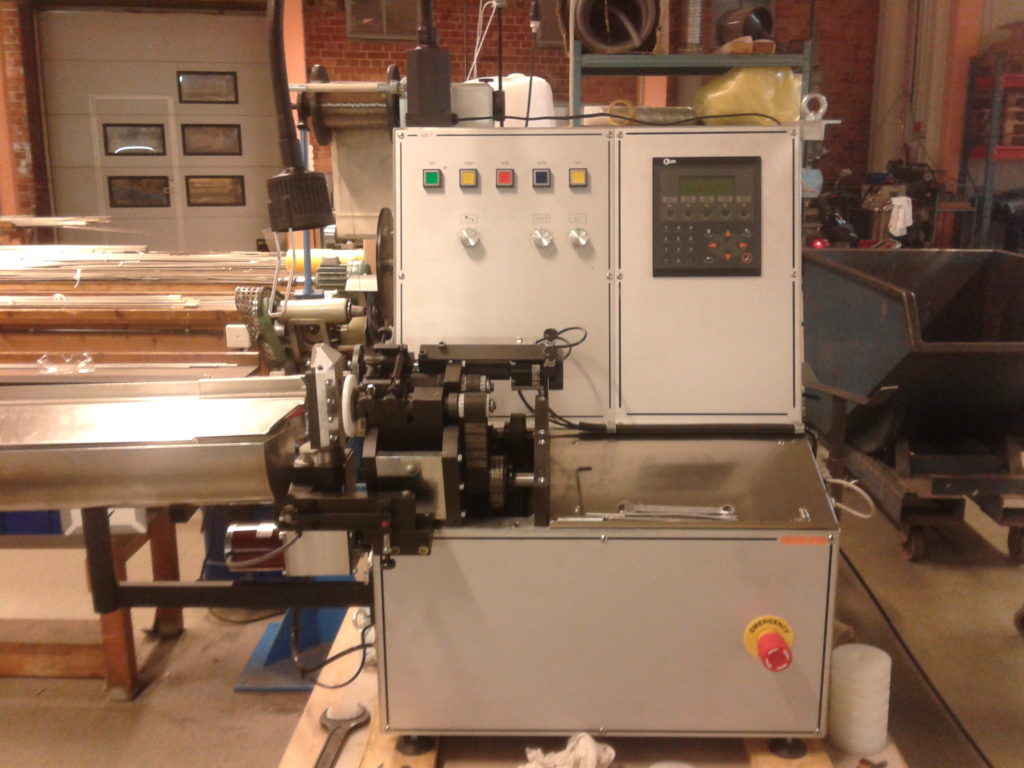 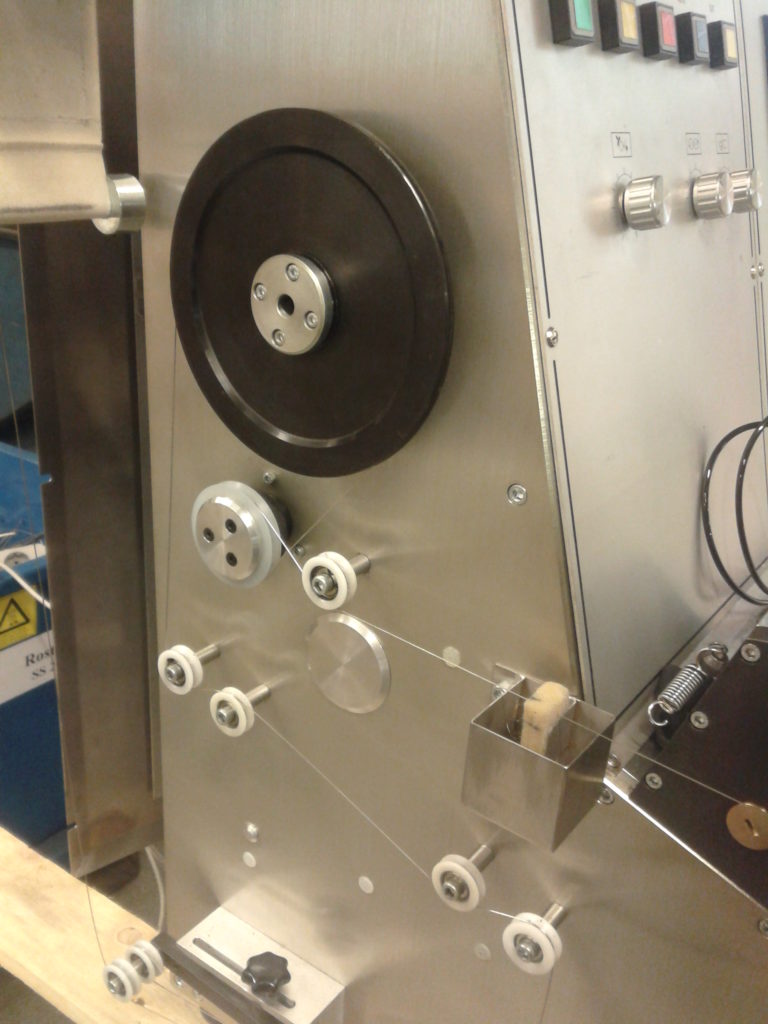